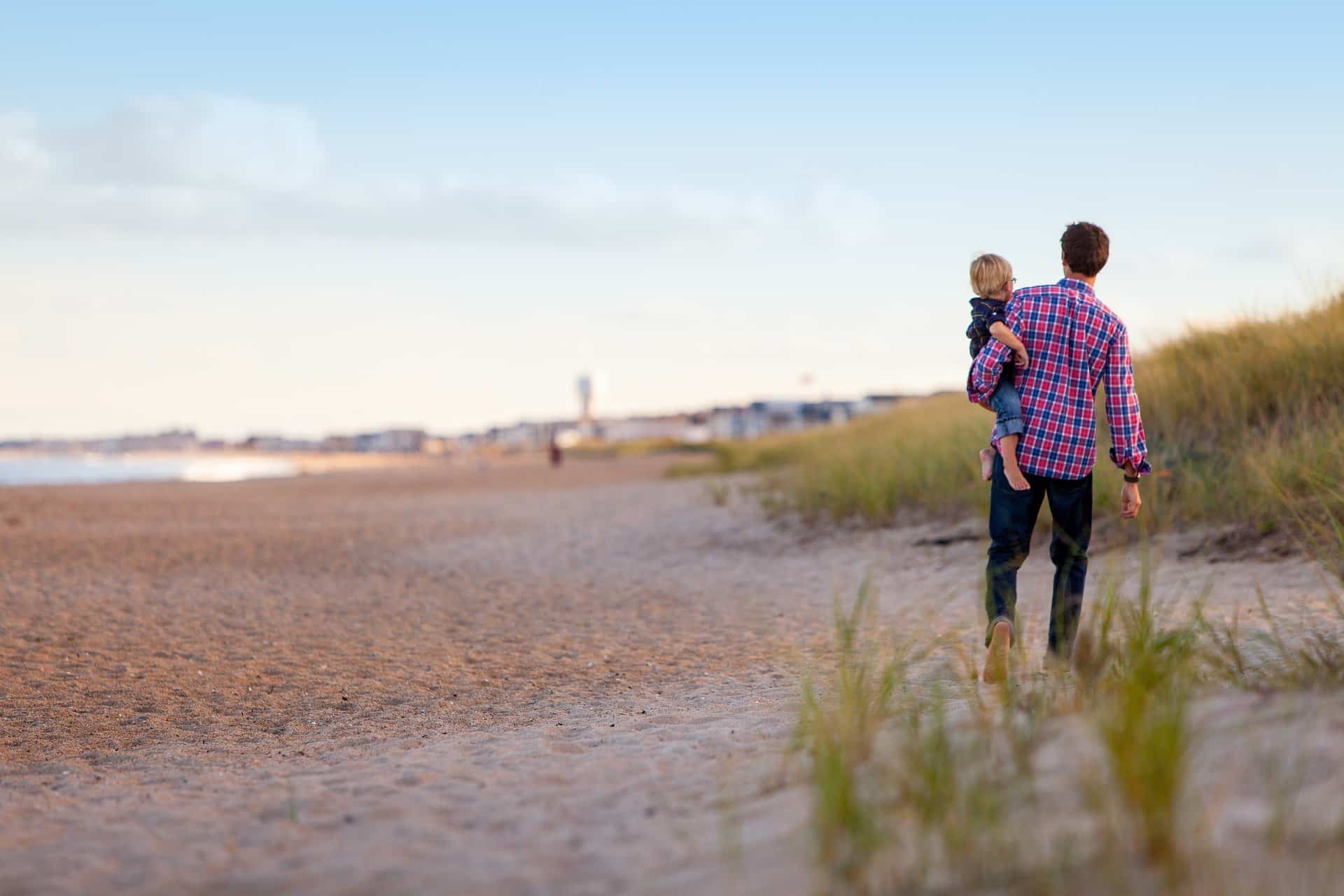 It’s no secret that moms today are overwhelmed and struggling with their mental health. But you know who I have noticed rarely gets the spotlight when it comes to parenting? Dads.

… And with some, dads just do it better. That’s what the experts say anyways.

The stuff that dads do can drive us crazy sometimes. We ask them to clean the house and they have the kids do it – and it’s a terrible job. We tell them to feed the kids supper and the kids have fed themselves – potato chips.

It’s easy to look at our partner’s parenting style and think they’re doing it wrong simply because they are doing it differently than us. It’s no secret that men and women parent differently and that is precisely why kids benefit from both a male and female role model in their life.

While Dad’s approach can drive us crazy – they actually bring a different element to our children’s learning and development that is crucial.

And it’s not just the kids who can gain something from Dad’s approach to parenting – Moms can too.

Dads are often able to see what their kids are capable of and are more likely to hold their kids to higher expectations than moms. Where moms can often make a list of why their child may not be able to do something, or why they are not ready, Dads see past all that stuff and the big picture. They see that their child can do something, and they expect them to do it.

Thousands of years of evolution has hard-wired women to be social creatures and to concern themselves with the emotional well-being of their tribe to maintain social connections.

Men on the other end are typically less emotionally sensitive. This makes it easier for them to set boundaries, impose consequences and tell it like it is. To moms, dads can seem too tough at times, but dads come from the standpoint that it is their job to prepare their children for the harsh realities of the real world.

When it does come to discipline, moms are more likely to talk with their children first and possibly impose consequences while dads tend to talk later and give consequences first. Moms often gripe that the kids listen better to dad, and yet it is often dad’s no-nonsense approach that explains this difference.

Men are problem solvers. Every woman knows it. While this can drive women crazy when we are looking for a listening ear not a solution, dads teach kids to figure stuff out on their own.

Moms are more likely to come to their children’s rescue and solve their problems for them which can sometimes be necessary. However, kids are lacking problem solving skills for all sorts of reasons and not letting kids solve any of their own problems can actually hinder their development.

Dads tend to encourage their kids to take risks, believing they are tougher and more resilient than we give them credit for. Taking risks is an integral part of building self-confidence and surviving in the real world.

Men are doers. They are more action orientated and that’s what kids love about them. Kids know they can count on dad to take them places, get hands on with them and that dad is also more likely to get messy and downright silly.

When moms plan activities, they tend to be more kid-orientated, while dads are more likely to treat kids like adults and simply involve kids in adult activities. Whether it is fishing, camping, sailing, building a shed or any other number of activities, kids gain a lot from dad’s real-life, real-world experiences.

I read a book years ago that women are more apt to be pessimistic and worriers and men more likely to be optimistic. The explanation for this from an evolutionary perspective is that one gender needed to be a risk-taker in order to do what was needed for survival. The other gender needed to be able to protect the young from harm and therefore tune into and protect their young from all potential dangers.

So we’re not living in caves today, but we see how this applies still. Dads are less inclined to sweat the small stuff. A trip to the beach with dad involves beach towels and a few snacks. Ask mom to plan the same trip and she is more likely to clear out the seasonal section at the local big box store.

Dads are okay with kids staying up past their bedtime or doing something unplanned and spontaneous while moms are more likely to worry how this will throw everyone ‘off schedule’.

Of course, we need mom’s detail-orientated attentions, but dads can definitely teach us a thing or two about ‘letting our hair down’ from time to time.

6. Dads Don’t Care About Keeping Up With the Jones’

Since women are wired to care more about community and structure, they are more apt to concern themselves with what others think or if their children are doing what other kids are doing. Dads on the other hands are much less vulnerable to social pressure or worrying about their kids ‘fitting in’.

Where mom might cave and buy her child the expensive running shoes, dads are more practical. They figure if their kid wants that expensive item, they should work for it.

Dads are awesome at self-care and feel little guilt doing it. They take naps on the regular and have no problem sending the kids to bed early to play video games. In fact, researchers found that dads are less likely to give up their own interests and hobbies simply because kids come along compared to moms.

Dad tend to better understand the concept of not stretching yourself too thin and that time to themselves is a necessity to ‘recharge’. Moms on the other hand view naps and letting their kids have free-time as a guilty pleasure and even a luxury.

Dad’s approach to self-care is not only good for themselves but also for the kids. When dad takes care of himself he is teaching the kids that their needs do not always come first.

Dad’s are the Original Free-Range Parent

If this acknowledgement to dads’ contributions shows anything it is that dads are the original free-range parent. We moms can definitely learn from dads on being comfortable with letting our kids figure things out on their own more often and taking better care of ourselves – like a freakin’ nap!

A Father’s Sacrifices are Akin to a Mother’s Love

In honour of Father’s Day, let’s not forget that while dads can be more laid back than moms, they also make enormous sacrifices. Dads might not see all the details the way moms do, but that doesn’t mean they don’t put in as much energy into their children.

Dad’s sacrifices tend to be focused on the family as a whole rather than focusing on the individual parts and that can make it easier to overlook and more likely to go unappreciated.

But dads – we see you. We couldn’t do it without you! 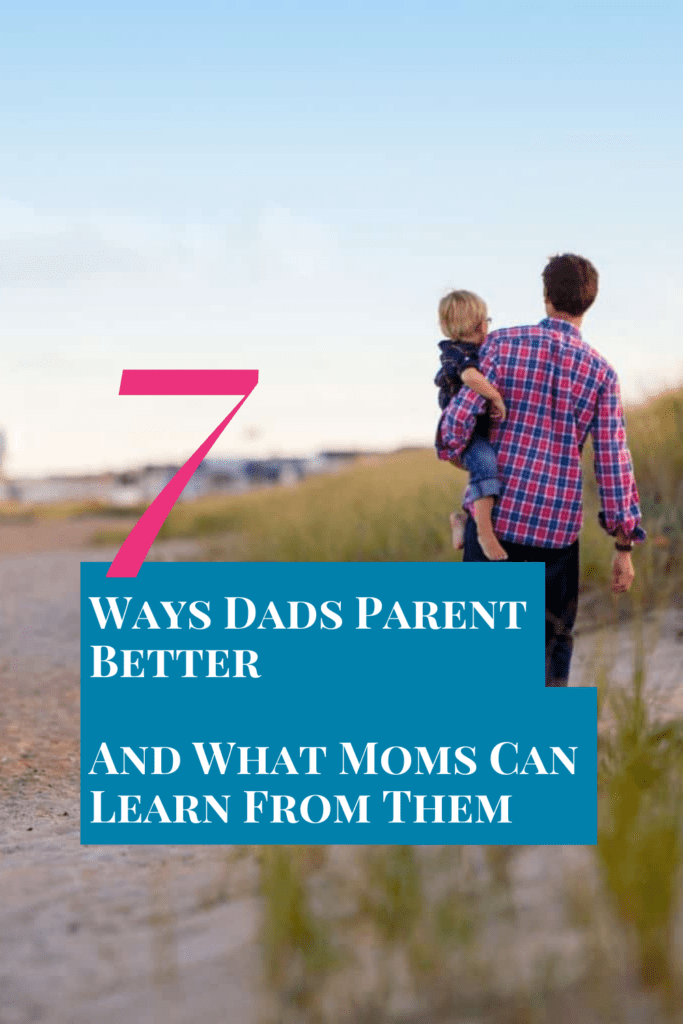